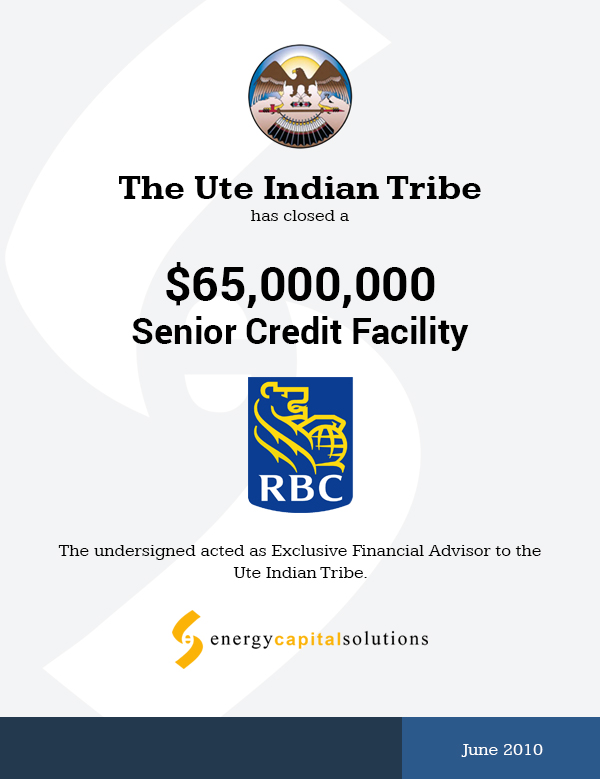 March 2009 – ECS was engaged by the Ute Indian Tribe (the “Ute Tribe”) as its exclusive financial advisor to review and advise on strategic alternatives for its portfolio of energy assets, including its interest in Ute Energy, LLC (“Ute Energy”).

Recapitalization – Ute Energy was recapitalized to substantially reduce its debt obligations, providing the company with additional capital for new drilling and participation with its development partners.

Alignment of Interests – the Ute Tribe is pari passu with its partners QEP and QR, and now owns 51% of Ute Energy.